Many times playing ball hockey I see a player who is on the verge of getting so upset that they almost attack another player. Keep in mind, I said, "almost". So why the change in heart?

You see, hockey can be an aggressive sport, especially when you're playing a very competitive team. Sometimes, when you're in the corner battling to get the ball, it can get very physical and tempers could play a factor in who loses the battle.

So why is this? I believe that one of the key elements that determines why aggression levels cool down during a game of ball hockey occurs when the aggressive player takes a break from the battle. It gives the player time to cool down, regain their composure and concentrate on the end goal (winning the game as opposed to starting a fight).

The same often happens in life. Sometimes we don't take enough time to step back and cool down during an argument and this often leads to rash decisions. What we need to understand here is that when our emotions are high during an argument, it can be very difficult to think rationally. When we are not thinking rationally, it is very easy to act in a way that is not productive.

But what happens when we step back? A few very important things happen when we give ourselves a break from the drama.

Newton's first law of motion says, "a body in motion tends to stay in motion unless acted on by an external force". Well, the same kind of thing holds true in this situation.

The "external force" here is the act of stepping back and taking a break. This allows us to gather our thoughts, regain our composure and enter the conversation with the goal of understanding as opposed to just proving the other person wrong.

The goal here is to balance our emotions with our ability to maintain the conversation productively (as opposed to just being right). Taking a step back can have many benefits, not only in arguments but in life in general.

The mind, like a muscle, needs rest. Resting the mind allows it to function the way it's supposed to.

🙏 Thanks for checking out today's blog post! If you enjoyed it, sign up below to receive a notification when future blog posts are released!

Get the latest posts delivered right to your inbox 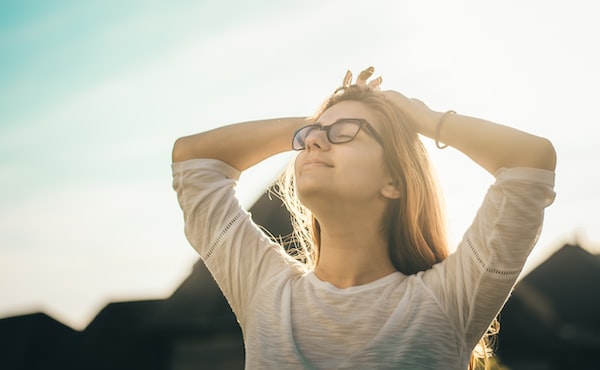 A simple shift in perspective can sometimes make us realize how lucky we truly are. In this post you'll discover a not-so-obvious key that can lead us one step closer to happiness. Have you ever wondered what life would be like if every day was filled with peace, love, and bliss? In this post I want to introduce you to how struggle is an important part of creating the person we are meant to become.

Stay up to date! Get all the latest & greatest posts delivered straight to your inbox